Showing posts from August, 2019
Show all

Art and Science will always fail to collaborate

August 23, 2019
Ever since I was old enough to notice these things I've seen scientists/engineers and artists trying to bridge the gap between themselves. And it has hardly ever worked. Year after year after year there are articles about the collaboration between art and technology. But it is never a collaboration, not really.

I think the reason is that you need great passion/interest/enthusiasm to become a great engineer/scientist/artist. And that means each person must concentrate on one area.  There are exceptions, Leonardo da Vinci is the best known example, and no others come to my mind.

And scientists are happy to investigate and discover and maybe find fame like that.

Engineers are just happy creating what they create. They hardly ever become famous, because that is not where their joy comes from. They enjoy the process and the final product.

And artists (especially modern artists) need validation from the critics and the richer public (because there is no objective way to measure their, er,…
Post a Comment
Read more

Apple Inc is trying to change history, and here is the evidence... 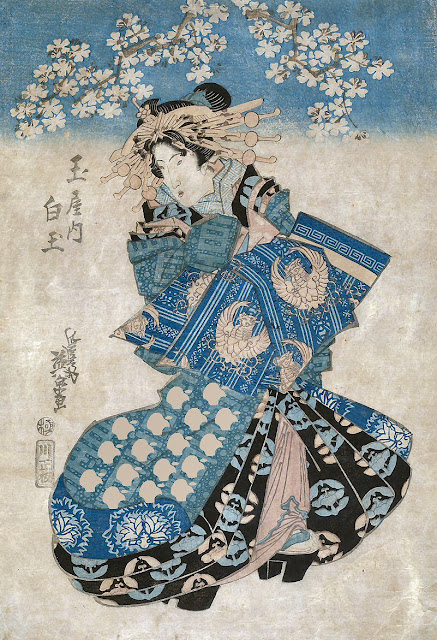 Have you noticed that in many TV and streamed series even the poorest "hacker" uses an Apple Mac, when Macs are two to three times as expensive, and half as useful as a standard Windows machines?
Tramps use Macs. Lawyers with no money use Macs. Schools which are falling apart use Macs.
Well, that is product placement for you, a distortion of reality driven by marketing. But I've noticed a more insidious marketing strategy, they are trying to change history.

Here is the evidence, look closely at these images from the past:


On a serious note the Channel Four documentary The Secret Teacher follows poor schools in the UK being helped by rich donations. So far so good. But episode 4 showed a head teacher apparently (but no really) using a Mac. So the school does not have the money to paint the window frames, but it does have (if you believe Apple product placers) the money to buy a Mac rather than a less expensive more usable Windows PC.

I have no choice but to be agnostic

I was reviewing some calculus (at 60 years old? why? a long story) and it suddenly struck me that the derivative of  y = x-cubed and all the calculus like it is amazing:

The 3 comes down in front of the x and the same three is replaced by a power one less powerful. How come it is so simple, clean and elegant?

For some reason this led me to think about theism and atheism, and that often they use the same arguments, really, in the end, when push comes to shove:

Theist: God did it (whatever it is).Atheist: The universe exists because it does.
Neither phrase, assertion, is satisfactory to me. So I have no choice but to be agnostic. Currently. And if forced to answ…
Post a Comment
Read more 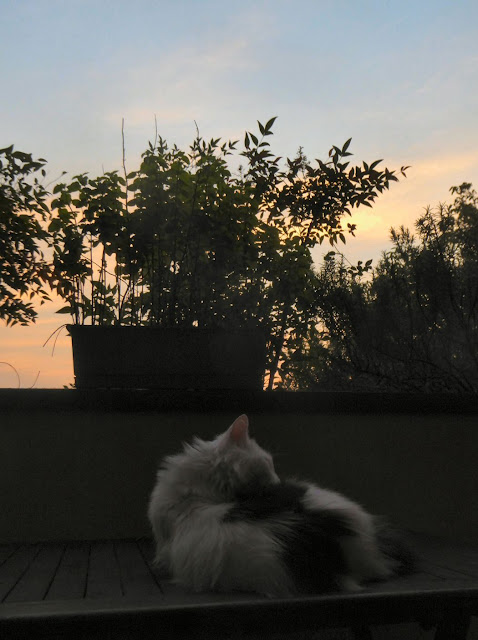 It's August and the temperature here in Northern Italy has fallen a bit, now it rarely goes over 33°C during the day, but the heavy sticky sweaty humidity remains.
But early in the morning, from 05:30 to maybe 6:30 there is a slight chill in the air, and in those hours there is the strange spirit to the August light. The atmosphere is strange and interesting.


I sit on the balcony drinking tea with the cat nearby. Who knows where he has been during the night? Another mystery.

The Medici Wedding and Bonnie Raitt

By chance, on my desk, in a corner, these two CDs were next to each other, and it struck me as an interesting final image.

I love both CDs.