June 24, 2016
I nearly fell out of my bed as I listened to a podcast of this idiot as she described her latest artwork. Bath tubs with gold at the scum line being watched by a shark's eye which the viewer of the exhibition cannot see but must be told exists. Sorry, she may not be an idiot,
maybe she's just in bad faith, or maybe just deluded.

And then she said "Science is limited."

It's a bit of a cliché but what has science (and technology) ever given us? Everything this imposter has ever used. The building she exhibits in. The cell phone she uses. The lighting in the gallery. The bed where she sleeps. Her credit card. Asprin. Surgery. Brain surgery. Ideas beyond her paltry imagination certainly. Relativity. Knowledge of genes. Super-computers. Shrek. Images from a space beyond imagination, beyond even an artist's imagination. Presumably also the embalming used on the shark's eye.

Maybe she's not be a detail person. Let the mere technicians do that. 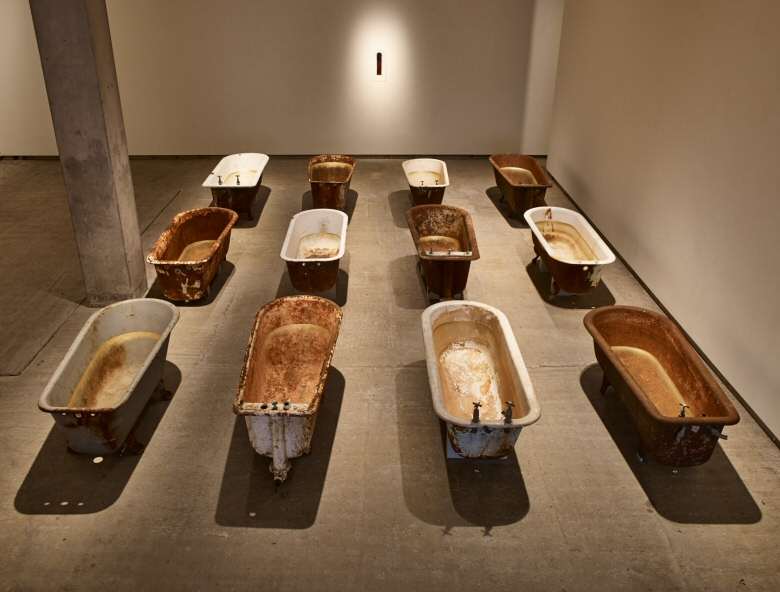 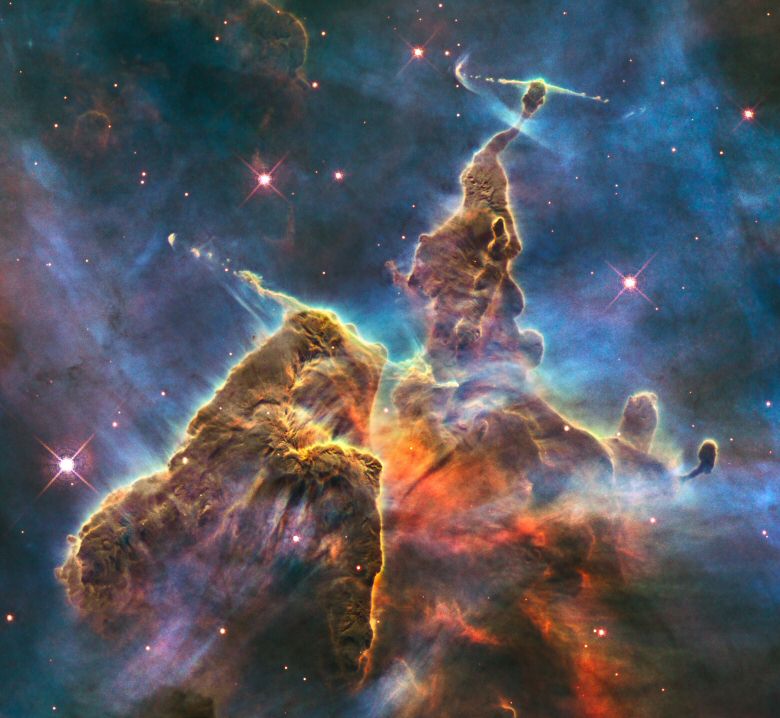 Image from the Hubble Telescope, This turbulent cosmic pinnacle lies within a tempestuous stellar nursery called the Carina Nebula.

And the sad thing is she is proud of her scientific ignorance. By luck she is making money from this stuff, but probably imagines that it is due to her concepts and skill.

(The podcast was from BBC Radio 3 Arts and Ideas. "Free Thinking - Mystics and Reality".  It was saved by intelligent contributions from Joanna Kavenna and Jo Dunkley.)

There's a test somewhere on internet which tests reaction times, or recognition times, of the names of colors. It is a test of the Stroop effect. For example you have to say what color is the text of a word, but the word is green, and maybe it is written in red.


When you do the equivalent test in black and white people are generally more accurate and faster. The problem, presumably, is because the brain recieves two messages...
The color of the letters What the letters say.
...and has to conciously decide which is correct.
A red arrow stop sign in a traffic light is a place where a shape and a colour disagree. This is why I don't like these traffic lights...

I did not like them even before I heard about the Stroop effect. The red stop arrow I particularly dislike, because an arrow, to me, say "GO! GO! GO!" while the red color says "STOP!"
So, combined, they confuse me. But maybe it is because I'm limited, as my "friends" and "family" hint…
Read more