April 18, 2020
I'm sort of investigating an idea of primitive vision (as in: "how did it evolve?"), artificial neural networks and the Arduino. 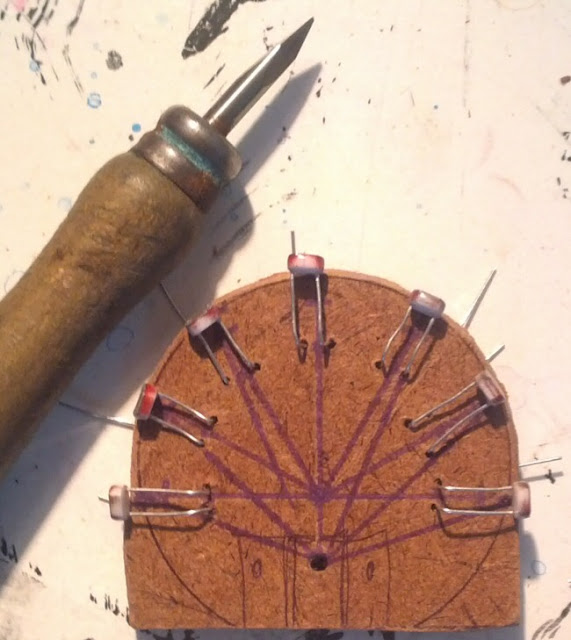 It is all very hand made and I was experimenting with the positioning of the sensors (LDRs). I struck me that the drawing on the piece of hardware looked very like one of Giordano Bruno's strange diagrams, for example: 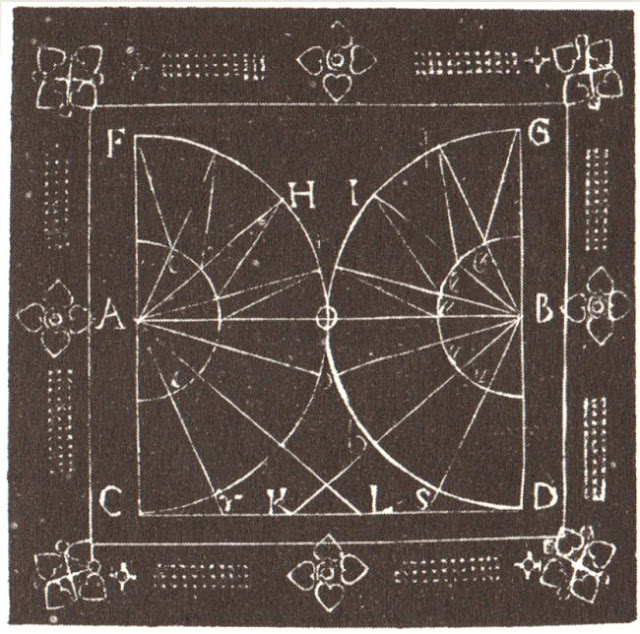 There are 7 sensors. I could have chosen 9 7 5 or 3. But I chose 7 because, believe it or not, I thought to myself, Newton would have liked 7. He chose 7 as the number of colors in the rainbow, but the choice is arbitrary, unless you consider the magical powers assigned to the number 7. And Newton did.