The Moon, Venus, Orion and astrology

I got up early this morning to an astounding sight: 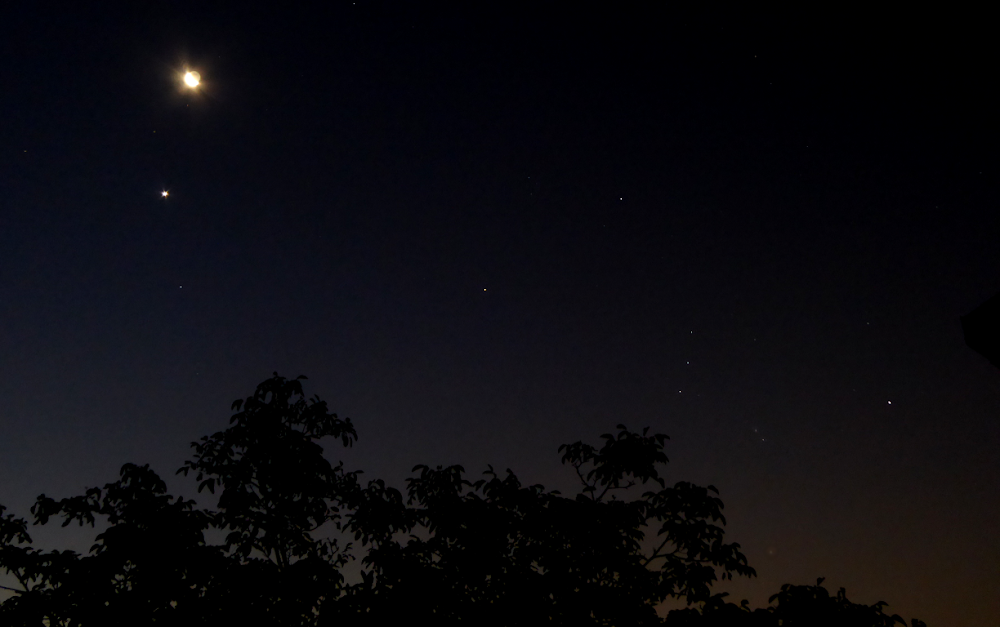 The Moon, Venus and Orion all there together. The photo doesn't do the scene justice, it was magnificent and cheered me up no end. Here's a quick guide to the above photo. 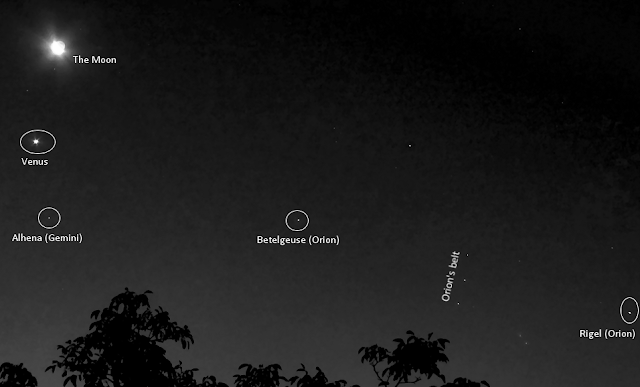 And here is the crescent Moon above Venus, closer up: 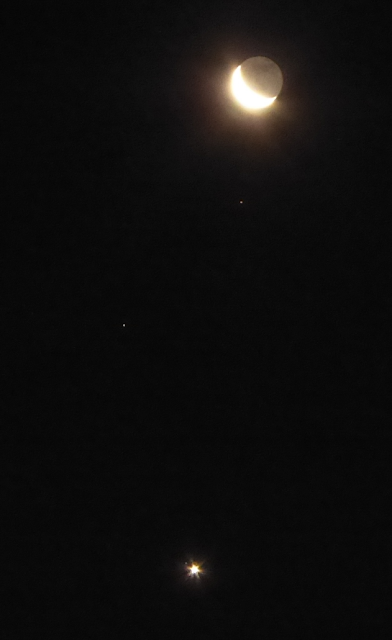 The names of the constellation reminded me of a book I read a few months ago, "A Scheme of Heaven: Astrology and the Birth of Science" by Alexander Boxer. 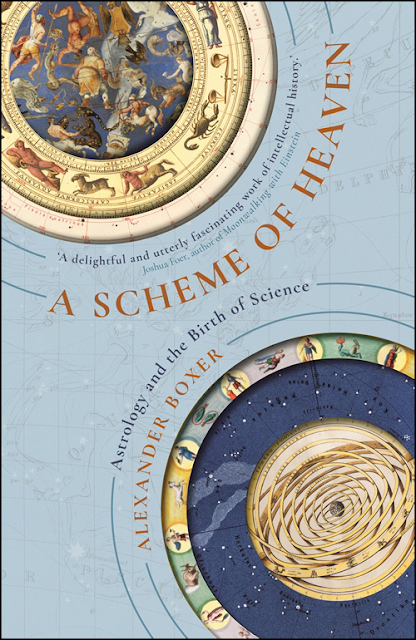 It is a brilliant book. There was even a laugh out loud moment, which as a far as I can remember goes like this, reported in a contemporary diary, set in an Italian court in the 1500s:

Courtier: "You know astrology is rubbish? It does not work!"

Court Astrologer, shrugs shoulders, nods and replies: "But a man has to make a living!"

(Strangely, even two modern day astrologers gave the book five stars (as I did). Apparently they had not read the book. Maybe they looked at the illustrations, and guessed what the text said. But they both said the book proved that astrology works. When, in a comment, I pointed out that it said the opposite, one of the astrologers removed his 5 star review.)