August 03, 2015
Sometimes, when studying for my A-levels years ago, in Bigglsewade, I'd go to the cemetery over the hedge. The hedge was at the end of our back garden. An unofficial path ran along that hedge, passed all the back gardens, to the small road which ran through the cemetery. The road was (is?) only opened for funerals. In the center of the cemetery is a building which looks like a small church, but I don't think ever was. It is a sort of storehouse for the grave diggers and gardeners. 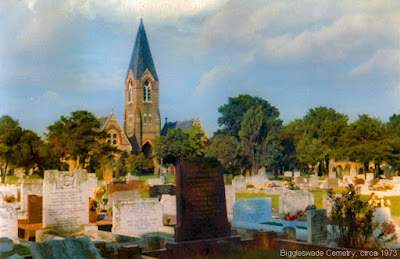 In my last year of school, I'd go into the cemetery and study Physics or Eng. Lit. sitting on one of the benches, near evergreen trees under a blue sky. It was a pleasant place to stay, though not really very good for serious study. Too relaxing and the curved surface of the bench would make setting the books down and writing awkward.


In Yokohama, Japan, about eight years later, my teacher Hideko Imai Sensei took me to the British Commonwealth Cemetery. 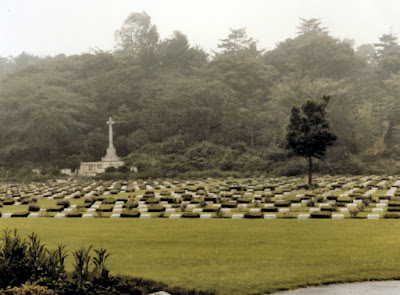 If is full of the graves of soldiers who died during WWII. When I got frustrated trying to learn Japanese and/or write a program to do Fast Fourier Transforms, I'd walk the long walk from Gumyoji,Yokohama, to the Cemetery. 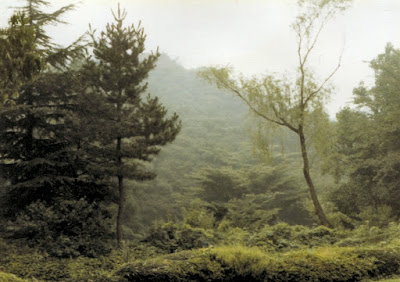 It is much bigger than the cemetry over the hedge of my home town. But it is lovely, very very green, with different levels and curved walks, always well kept. 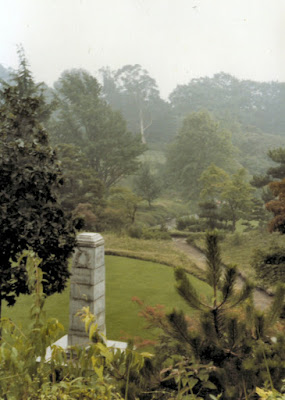 The keeper/gardener was a big old Brit, from Yorkshire I think.


Once I took some visiting friends there and the keeper appeared saying that we would see the police wandering around. A Japanese man had hung himself from a tree in the cemetery the previous night.


Italian cemeteries I do not like. Both the cemetry over the hedge and in the British Commonwealth Cemetery were dominated by lovely grass and lush trees. The Italian cemeteries are full of gravel, cement and dried flowers. They are also very busy, with visitors every day, many more on Sundays. But there are too many life size statues of angels in black or white marble. The angels look pityingly down on the graves of the deceased. In some places there is a sculpture of a Christ figure dying on the cross. And most graves have photos of the dead on the gravestone. It all seems a cartoonish lie to me. Cartoonish super-heroes and a dodgey promise of life after death.


The "church" in Biggledwade Cemetery dominated the view from our back garden.

And often appeared in my dreams. I slept inside it one night, when I came home late with keys to the house only to find that my Mum had not removed her keys from the inside of the door. 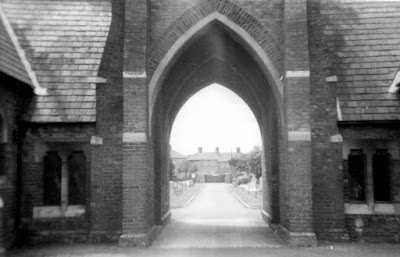 Now it is a reminder in my mnenomic map for the book "Willful Blindness", of one-pointedness.