A bit bored and hunting around for something to look at under my microscope I found a tiny dead fly in the cat's water bowl. So I used a piece of paper to lift I out and have an examine: 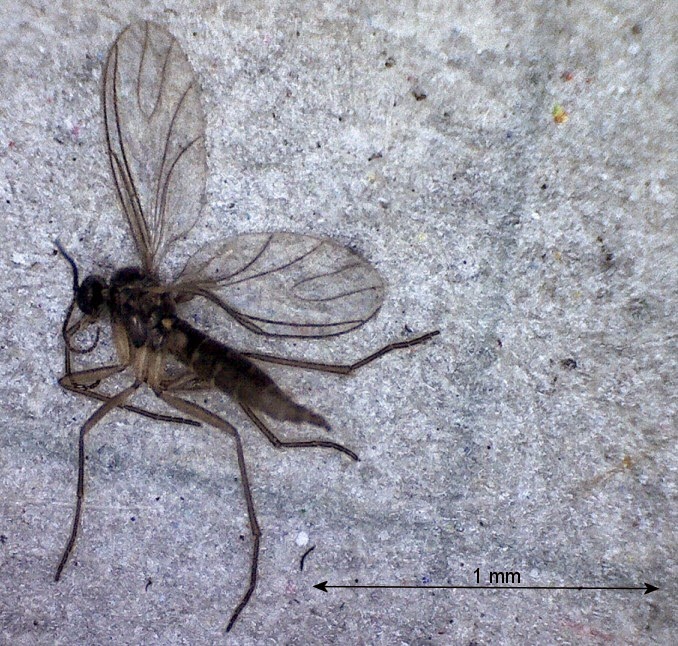 What you can't see in the above photo is the inner organs moving, which they were. It lives! I doubt that it has much of a "brain", but maybe enough to suffer. Maybe not. Anyway I put the piece of paper out on the balcony, the fly could not move much because it was held prisoner by surface tension. Half a day later I went back to see if it was still there. The paper was dry and the fly had flown.

I imagine it flew back to it's friends and said: "A miracle! I thought I was gonna die! Drown! Then somehow I ended up in the open air on a damp surface which dried up. There must be a god!"

Which reminded me of a young bloke I saw on Italian TV who'd just been selected from, I think, something like 20,000 other young blokes to attend the Pope (Benedict XVI) at a ceremony in Rome. "This proves that God exists!" said the chosen youth to the TV cameras. You wally, I thought. You mean that the other 19,999 unchosen ones have suddenly become atheists? How faith destroys reason.