No blame no praise

October 17, 2021
Sometimes nasty evil behaviour is excused by the fact that the nasty evil person has been brought up in an environment which produced that behaviour. That could be so, I cannot judge.  But there is a corollary of this which is hardly ever mentioned by the excusers. That is that extremely good people are also simply a result of their circumstance and upbringing . If there is no blame, there can be no praise.
Post a Comment
Read more

The first day of Summer is, happily, the start of the descent into darkness.

June the 20th (or 21st depending on the year) is the first day of Summer. But is also the Summer solstice, or longest day of the year. Here in Northern Italy the maximum daily temperature will continue to rise till the middle of August. I prefer the cold, and dislike muchly the hot and humid Milan Summers. The Summer solstice gives me a little boost. I take comfort from knowing that from the 20th onwards the Sun will be shining less and less each day. And you notice this descent into darkness by the strangeness of the early morning light, which arrives later every morning. The light feels gentler and the air feels cooler, at least in the mornings.   And so we trick ourselves into thinking everything is going to be alright.
Post a Comment
Read more 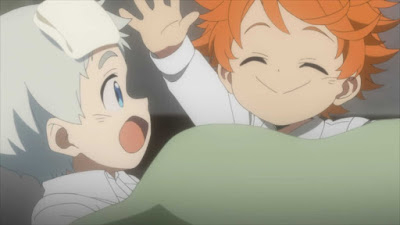 I've mentioned before that I like manga .  But my daughter introduced me to an anime which I think will remain with me till I die. There is a particular scene which, well, shocked me with its force. The anime is "The Promised Neverland " and if you see the images from it you imagine it is a such a sweet thing: But by the time I got to the end of the first episode I realised it was much darker... ...but much much darker than I could have imagined.   No spoilers, but you, full adult, watch it and see what I mean. And don't let any small children watch it.   (I watched it on Netflix, and the scene which remains with me is towards the end of the first series.)
2 comments
Read more

The twittering of the birds and prime numbers and... 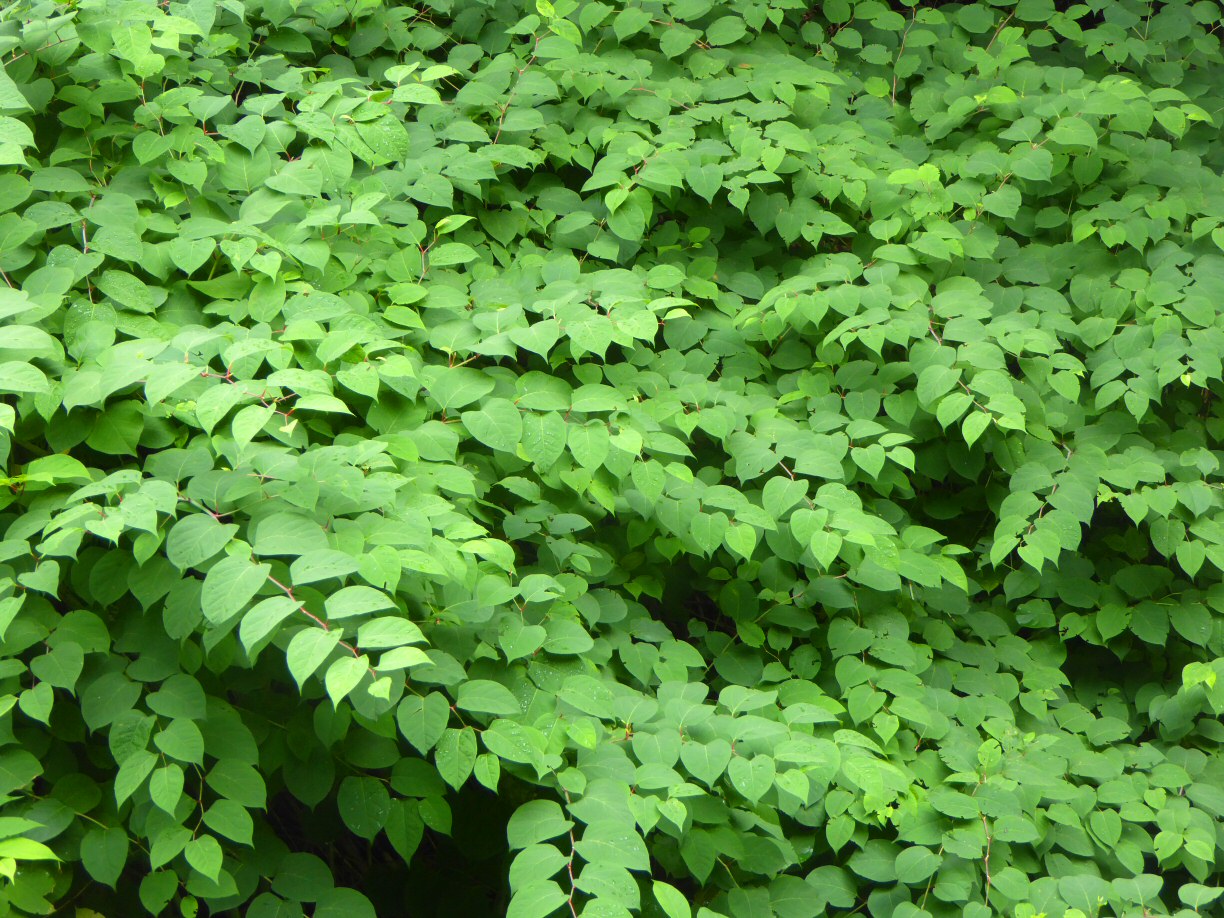 As you walk through the park early one morning and hear the twittering of the birds and notice the greenness of the plants... ...it can be depressing to remember that all life is struggling. The tweets of the birds are (sometimes) saying "fuck off, this is my territory", and just because they are high pitched does not mean they are sweet, it just means they are small creatures. And the plants have fought through their evolution to beat competitors for light and water. Not that the songs of the birds are not amazing to listen to, and forms of the plants and animals are not wonderful to look at. But. Still. What counteracts these depressing thoughts? Well the fact that the universe exists and the fact that we are conscious. Those are the two main miracles. (And strange things like prime numbers, integration and differentiation.)
Post a Comment
Read more 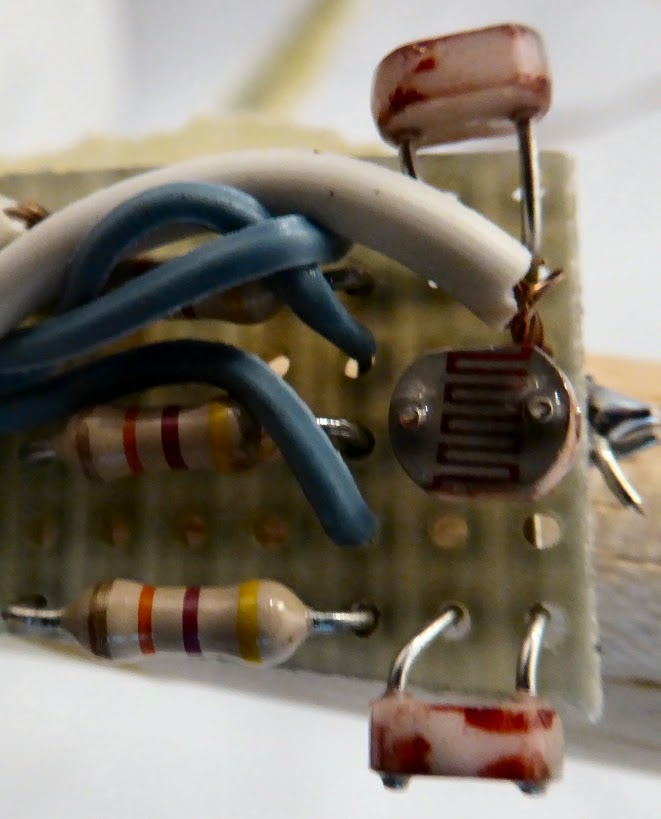 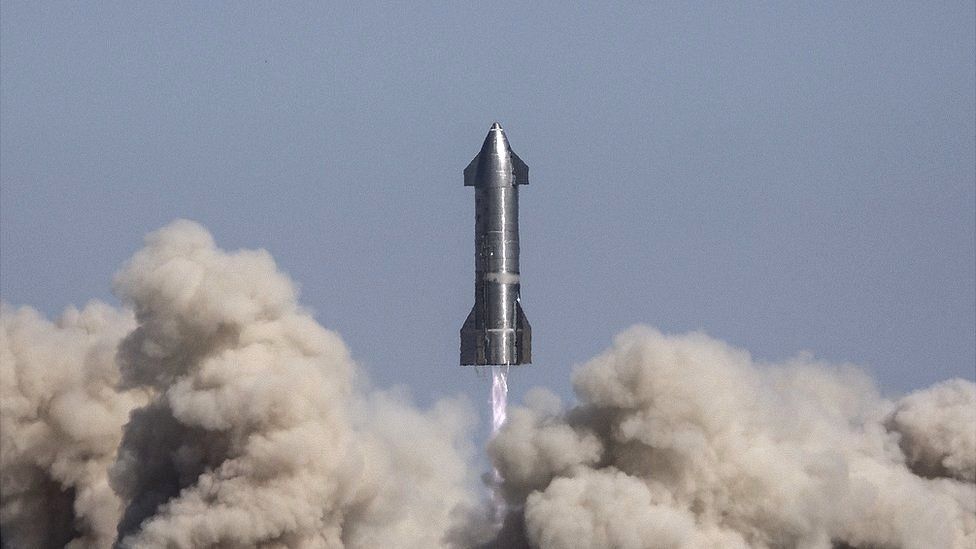 Arthur C. Clarke's First Law: "When a distinguished but elderly scientist states that something is possible, he is almost certainly right. When he states that something is impossible, he is very probably wrong." I was reminded of that law when I saw this...   Starship prototype SN9 during its flight test at Boca Chica, Texas, in January 2021   ...and this...     Artist's impression of the Moon landing vehicle is based on SpaceX's Starship design  Both images reminded me of 1950s Science Fiction book and magazine covers. Vertically landing rockets were scoffed at by scientists and engineers because of the huge processing power and exact control required to keep a rocket balancing on its "tail". When I saw this...  ... (these are landing , not taking off) I was amazed. And here are the covers of 1950s magazines...      One cover even got the shape right:
Post a Comment
Read more
More posts